Ouasioto is the Native American name for the region we now call Cumberland. 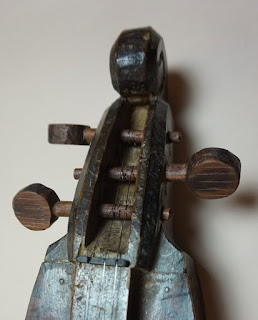 The instrument is a 28 inch VSL amalgamation of three makers from the region. The peg head is loosely based on a maker from the Jellico Creek area of Kentucky. We know of two pieces the first maker Jacob Meadors made, one in 1873 and the other in 1881.  I love the tapered peg head with an inlayed nut. The wide peg is rounded back on to the staple board forming cheeks at the bottom of the peg head. 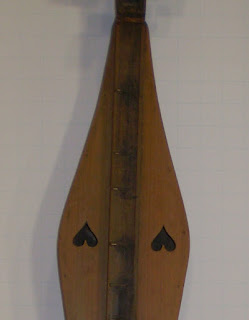 The second maker is actually two brothers John and younger brother Charles Prichard from Lawrence County, Kentucky.  Charles later settled in Huntington, West Virginia. The brothers used a sloping shoulders on the upper bout and a tall hollow staple board. In the 1880 census John is listed as a Dulcimore Maker and Charles a Musical Instrument Manufacturer. In that same census in the county just south of Charles and East of John was the third maker….. 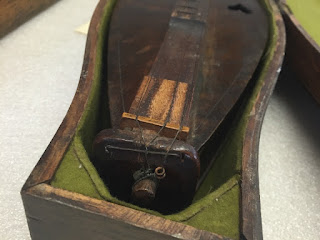 James Edward Thomas lived in Wayne County, West Virginia in 1880. He was born outside Whitesburg Kentucky and settled in the newly formed Knott County Kentucky before the latter part of the 1890’s. James made more Dulcimore than any other maker that we know of, possibly 1500 pieces between 1871 and 1933! The very narrow waist, the very light construction with a unique tail piece incorporating a tail staple for the strings to break across so as to not cut into the tail piece.

Ouasioto is a tribute to the original makers and to the region where they lived. 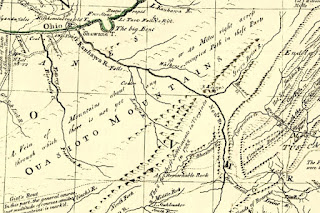