Got any questions, suggestions or comments? I'd love to hear from you dulcimoredan@gmail.com!

The Traditional Appalachian Dulcimore Maker nestled in the heart of

finishes for that high silvery sound of yesteryear!  I am also an

amateur historian and curator preserving the craft. I’ve been tinkering

pieces. I share recordings and have over 2,180,000 listens on Soundcloud!

The ‘dulcimore’ is a unique survival of antique musical instruments, and needs explanation. It is oblong, about thirty-four inches in length, with a width at its greatest of about six inches, becoming smaller at each end. Three strings reach from tip to tip, the first and second ones tuned to the same pitch, and the third one forms the bass string. Two octaves and a quarter are marked out upon the three-quarters of an inch piece of wood that supports, and is just under the strings on the top of the instrument. The Mountaineer “toilers pickin'” it by means of a quill, with which he strikes the three strings at the same time with his right hand, over the gap at the larger end, at the same time using in his left hand a small reed with which he produces the air, or his “single string variations.” The music of the dulcimore resembles that of the Scottish bag pipe, in that it is weird and strange. Under its spell one finds himself mysteriously holding communion with the gossamer-like manes of the long-departed souls of the palace of Lady Rowena Trevanion, of Tremaine. The dulcimore is rapidly becoming a thing of the past, because the Mountaineers are becoming ashamed’ of the musical instrument that stands, with many other things, on the dividing line between two civilizations. Only a few of them are extant. Within a few more years and this strange old relic of by-gone days will pass…..

The ‘dulcimore,’ better known to dictionary folk as dulcimer, is an instrument indigenous to this region. (Appalachia) It resembles a violin with greatly narrowed and elongated body and shortened neck; it is made of walnut or maple wood and is strung with three strings plucked by a crow-quill held in the right hand. The melody is produced by the pressure of a bit of reed in the left hand upon the proper fret in the finger-board lying underneath the strings, as in a mandolin. Of the three strings, only the first is thus touched, and with the left hand. The other two, tuned an octave apart, are always open, and keep up a bourdonnement not unlike that of the bagpipe, to the thread of melody played on the third string. Simple one-part tunes prevail, rarely reaching an octave in compass. 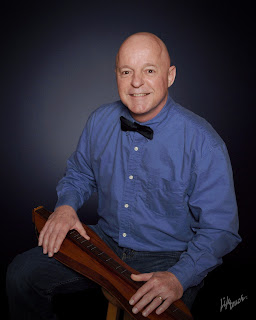 Yes I ship over seas.

I didn't know what to call it. I've used girls names, descriptions and now for lack of imagination, the obvious. "Dulcimore" It is an amalgamation of the "Betty" and the "ultra-lite". I've also decided to abandon the contemporary DAd tuning set up and string selection associated with it. A wonderfully sounding Ionian 1-5-5 tuning is better suited with the bass string being just a few thousands larger than the melody and middle drone to ring proper. With an all Poplar piece it should come in at around a pound! Tuned usually up around Aee it really rings. So: 26 inch VSL 4 1/4 inch upper bout 3 inch waist 5 1/8 inch lower bout 1 3/8 inch sound box depth       Prices start at just $425. All Poplar with your choice of Rosewood, Boxwood or Ebony tuners and a shellac or hand rubbed oil finish.                             Got any questions, suggestions or comments? I'd love to hear from you  dulcimoredan@gmail.com
Read more

28 inch Vibrating String Length  Once the Betty design was complete, I wondered about the string length being less than the Kentucky standard; about 28.5 inches. Understanding the weight to mass ratio, I began a study to determine the dimensions of a 28 inch piece. Elongating the piece required narrowing it and removing as much material as possible and the ultra-lite was born! The very narrow waist is reminiscent of the Thomas pieces. It is difficult if not impossible to make a traditional Appalachian piece without picking up some aspect of his work! It did after all change very little in some sixty years. Although a very different approach to the traditional sound as the Betty, it simple fulfills a different tonal dimension. The 28 inch VSL is best tuned somewhere around (C), where as the Betty’s 26 inch VSL is better suited up around a (d) or even (e). Not that either can be tuned higher or lower but they have sweet spots dependent on their dynamics. Prices start at just $425
Read more